Gestures of the World

At work an idea is brewing to collect and publish the Gestures of the World.
PW started it, some foreign students joined in and so did I.
There have of course been previous attempts, like ‘The NONVERBAL DICTIONARY of GESTURES, SIGNS & BODY LANGUAGE CUES‘ which is a lovely site made with a lot of care.

Example: The Lip Pout is described as a fairly universal sign of sulkiness
Other collections: www.lichaamstaal.nl – www.gesture.com

And then there was this half-baked idea to make a historical gesture classification.

Heather Brookes created ‘A Repertoire of South African Quotable Gestures‘ with quite interesting items, I must say. See If you can guess what this one means:

Gestures : The Do’s and Taboos of Body Language Around the World by Roger E. Axtell who wrote quite a bit on cross-cultural interaction.

Field Guide to Gestures: How to Identify and Interpret Virtually Every Gesture Known to Man

If you want a careful analysis, nothing beats Adam Kendon’s 2004 book ‘Gesture: Visible Action as Utterance‘

HandSpeak covers ASL, BabySign, other gestures, facial expressions and cultural and artistic aspects. Sadly, it is a commercial site that charges for access. It does show samples like Kumari in Nepalese Sign Language or some of the ASL Lessons like Indexing.

This is a study aid for ASL Finger Spelling created by Robert Hall of Talisman Interactive for the PDA, who also made this version for Flash Lite.

Or does he sign to a Vanessa, a deaf child in the crowd?

NZSL has been made official on april 6. It is now the ‘third official language’, after English and Māori. Sofar I’ve seen only movies with interpreters of web-info, and no signing avatars. Feel free to compare a human to a machine. 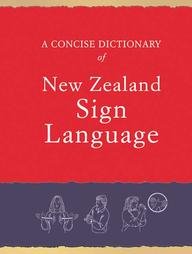 A company in Spain called Umanify contacted me about their work on embedded conversational agents. Specifically: Angelina Jolie. Not unlike work by Justine Cassell.

Watch me speak like an alien trying to blend in

Next Step: Head Gestures? Some Literature – Max from Bielefeld

Unitech is selling a Sign Language Tutor for ASL. They sell it by stating: ‘This course acts like a teacher that never gets tired of repeating the same movements over and over again’.

A Creative way with Familiar Gestures

It’s an old newsflash. Basketballer Matthew Richardson ‘kissed his middle finger and blew the kiss to the crowd with his finger raised’.

Isn’t that a nice add-on? Or is it a combination of ‘fuck you‘ and ‘blowing a kiss‘? I could even argue that here we see a combination of two gesture morphemes, one meaning contempt+dismissal the other ‘to you over there’. But that would dull the brilliance of the invention, wouldn’t it? He takes two familiar things and blends them into an ironic one-acts-says-it-all gesture.

This is a complex bit of Futurism that reminds me of C. Hummels’ work on gestures (and Diderot). It builds on Bergson’s concept of intuition as an essential part of creativity. Boccioni transformed the ‘Simple Act’ into ‘Intuitive Gesture’. I think CH was taken by the expressive power of gestures, almost trying to side-step semiotic function, instead going directly to perceived expression (by what means, I am left to wander).

Boccioni, Dynamism of a Cyclist 1913 o/c

I guess that this sort of thing led to ‘action painting‘ aka ‘gesture painting’, see the example below by Willem de Kooning. Attention is drawn to the act of painting itself. The action, or gesture, carries the expressive potential of the artist? It seems a bit arrogant. Here I am, admire my every act…

Silly thing: if you google for ‘intuitive gesture‘ you get only technical stuff about how some geek built a new breakthrough interface that works with ‘Intuitive Gestures’ (I’ll take Quek’s word for it: it is a myth). But this just means that people who know a lot about computers think that dumb users would be better off trying to ‘gesture intuitively’ at their computers, rather than using them like they do themselves.

“For us the gesture will no longer be an arrested moment of universal dynamism: it will clearly be the dynamic sensation itself made eternal.” (from the ‘Technical Manifesto of Futurist Painting‘ in Poesia, 11 apr 1910). Tisdall (Futurism) describes the Futurist Painters’ ambition: Not the analysis of movement, nor the capture in visual form of a single movement. But the visual expression of the essence.

Some comments from Gael, a French colleague of mine: About counting in- or excluding the thumb: “I think you can count on your fingers in another way if you want. I am not so sure that french people are unable to notice it.”

More remarks
* I am not so sure about this “comme ci, comme ca” gesture
* I have never seen the “Je le jure !” gesture and would not understand it. I know several other way to express the same idea.
* This “Rien !” gesture is a bit ambiguous. I am not convinced everybody would understand it that way.
* There is several ways to express “Ça pue !”